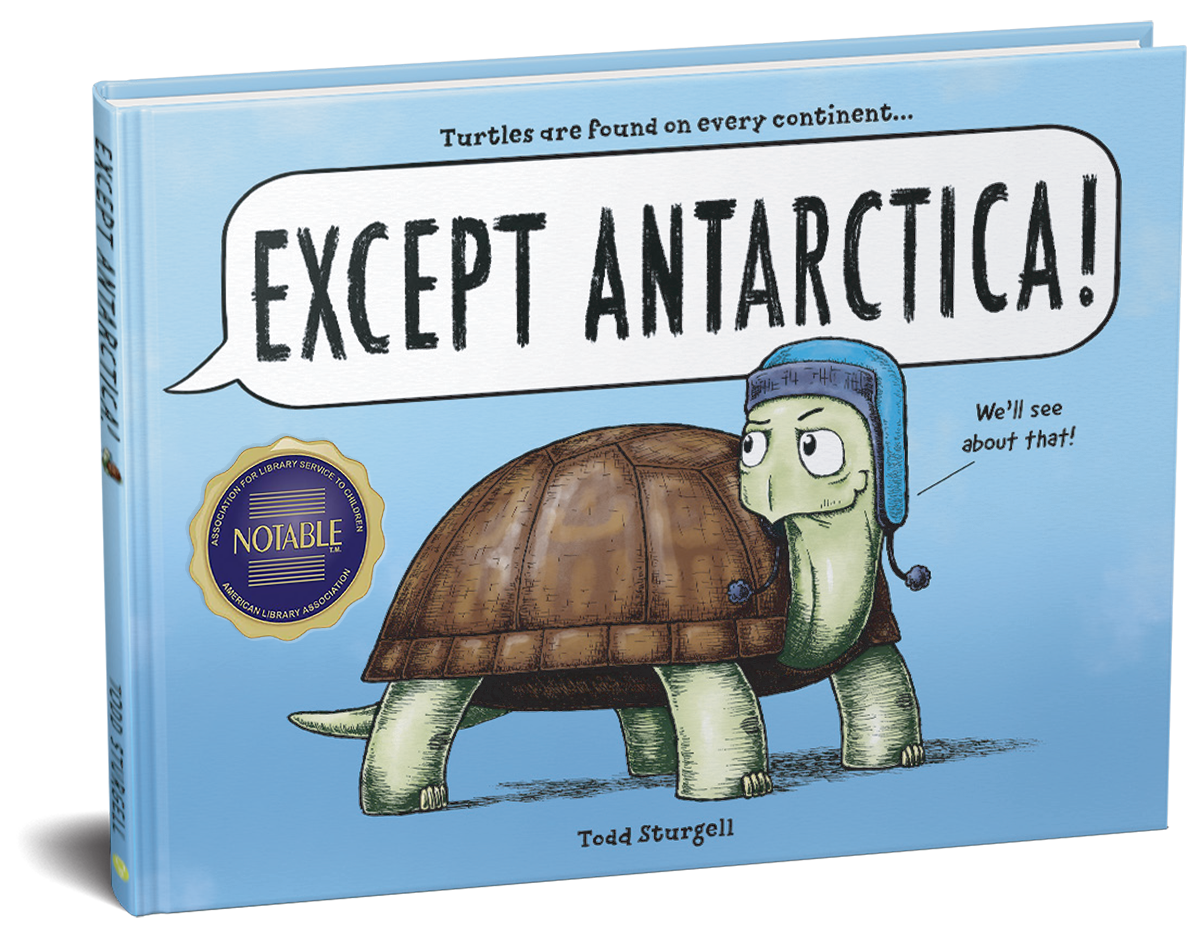 Internal illustration from Except Antarctica

Featuring a rogue group of cheeky animals who love nothing more than a challenge and a flustered, helpless narrator, EXCEPT ANTARCTICA is a meta-leaning and hilarious picture book about animal habitats on every continent that will have kids (and their adults!) laughing every time they pick it up.
Turtles are found on every continent EXCEPT Antarctica. But not for long!
When a David Attenborough-esque narrator explains that turtles are found everywhere except Antarctica, one determined turtle sets out to prove him wrong. After recruiting other non-Antarctic animals along the way--much to the narrator's dismay--the turtle and his adventurous friends travel through fields, forests, and cross an entire ocean to reach their goal. But what exactly do they do once they get there?
Perfect for anyone who's ever gone a little too far to prove a point, this nature-documentary-gone-wrong is a gleefully funny lesson in determination and the beauty of having a contingency plan.
EXCEPT ANTARCTICA, is an ALA/Association for Library Service to Children (ALSC) 2022 Notable Children's Book.

“Sturgell depicts his animal travelers with some naturalism, adding the occasional playful detail and, once they realize what Antarctica is like, comically dismayed expressions.”
-BOOKLIST
“Vivid, wildly imaginative illustrations add wonder and excitement ...Readers will laugh out loud at the animals’ recalcitrance and the narrator’s frustrations...Delightful and hilarious.”
–KIRKUS (★Starred Review!)

Calling all EDUCATORS and PARENTS!
Get my FREE Except AnTarctica eDucatoRs’ GuidE, coloring pages, and more!
cLIcK HeRE
↑Back to Top

We collect cookies to improve our site's functionality and content. No personal data is saved. Accept Decline